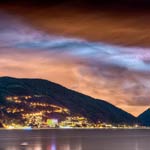 Campione d’Italia (yes, this is actually the name of this ‘comune’) is the only Italian exclave, i.e. a territory belonging to Italy but situated within the borders of another country, the Vatican and Republic of San Marino being enclaves in Italy. Campione is located within the Swiss canton of Ticino on the southeastern shore of Lugano Lake, separated from its motherland by approximately 14 km (9 miles), but is administratively part of the province of Como, Lombardy. It is also one of the two only international enclaves in Switzerland.

Originally, Campione was the private land of Totone Campione. After his death in 777 AD, the territory was left to the Archdiocese of Milan. In 1512, the Swiss were granted the right to annex the canton of Ticino, but the Archbishop of Milan secured the property rights over Campione. The Swiss repeatedly tried to annex Campione, but they failed, and the town remained part of the Kingdom of Lombardy until 1861 when it was integrated into the Kingdom of Italy, while all land west of Lake Lugano and half of the lake were given to Switzerland. The suffix d’Italia was added to the town’s name in the 1930s by Prime Minister Benito Mussolini to assert the exclave’s Italianity. An ornamental gate to the town was built for the same reason.

For centuries Campione was known primarily for its excellent medieval stone workers (known as maestri campionesi) and other artisans of that time. Today, the picturesque town counts approximately 2,600 residents, including about 1.000 foreigners. Due to its unique position, Campione is said to combine the best of both worlds, the typical Swiss qualities of cleanliness and excellence with the Italian quality of life and dolce vita. For example, the currency of Campione d’Italia is the Swiss Franc and its 2,300 residents also use the Swiss postal and telephone system and have a Swiss mailing address and license plate (though with the coat of arms of Campione). Electrical power, however, is supplied by Italy. Residence permits are issued by Italian authorities, but access to the territory of Campione is governed by Swiss visa regulations. Probably the most beneficial part of this unique situation is that residents are exempt from paying the full Italian Value Added Tax (VAT) and municipal charges, which de facto makes Campione a very small tax haven. 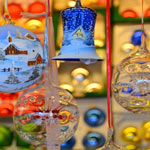 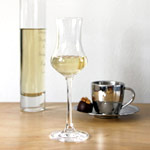 Mojito? No, Moschito! New Grappa-based cocktails popping up in Italy

May 4, 2012 Slow Italy Comments Off on Mojito? No, Moschito! New Grappa-based cocktails popping up in Italy 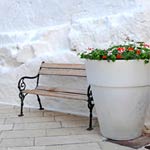