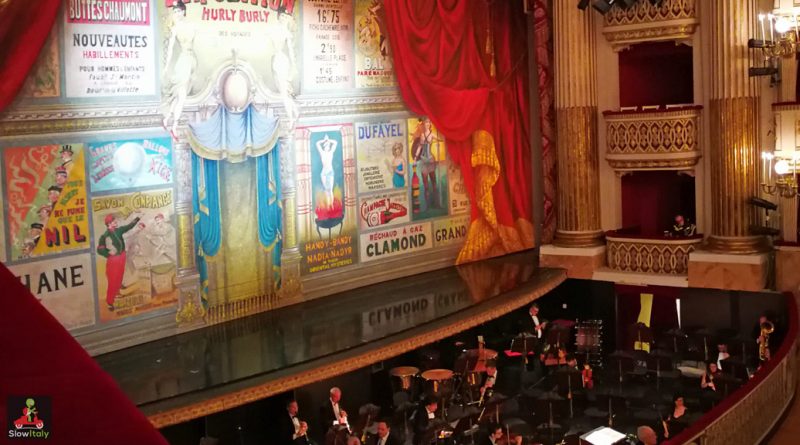 Being the birth place of opera, Italy has a wealth of magnificent, historic opera houses, many of which are still in operation today. A trip to Italy can’t be complete without a visit to one of these opera houses, watching a live performance of one of the beautiful Italian operas.

The world-famous opera house was inaugurated in 1778, after the previous theatre, the Teatro Regio Ducale, was destroyed by fire in 1776.

The new theater, originally known as the Nuovo Regio Ducale Teatro alla Scala, was built on the former location of the Church of Santa Maria alla Scala, from which the theater gets its name.

Most of the greatest operatic artists from around the world have performed at La Scala during the past 200 years and the opera house has hosted the première (first production) of many famous operas.

The 1792 opera house was named “The Phoenix” (La Fenice) in reference to the company’s ability to “rise from the ashes”, first after a fire, then after the loss of its former quarters. Since being named La Fenice, the theatre has burned down and been rebuilt twice more.

The new theater, which opened in 2003 after the fire of 1996, was rebuilt in 19th-century style based on the design by architect Aldo Rossi and and detailed photographs of the inside obtained from the opening scenes of Luchino Visconti‘s 1954 film Senso.

Teatro di San Carlo is the oldest public opera in Europe in continuous operation. It was inaugurated in 1737, decades before La Scala and La Fenice. All the greatest Italian artists have performed at least once in their lifetime at the San Carlo theater, such as Niccolò Paganini, Bellini, Rossini and Verdi.

At the end of the 18th century Naples was at the avant-garde of the music scene and attracted composers from all over Europe. Mozart fell in love with the city of Naples when he stayed there in 1770 and  enjoyed operas by Jommelli, Cafaro and Majo. The first act of his Così Fan Tutte is set in the charming atmosphere of one of the city’s historic coffee houses.

After the fire of February 13th 1816, which destroyed a large part of San Carlo, the theater was almost entirely rebuild respecting its previous configuration with the horseshoe shape of the boxes and the proscenium lay-out.

Teatro Massimo, as its name indicates is the largest opera house in Italy, and one of the largest of Europe (the third after the Opéra National de Paris and the K. K. Hof-Opernhaus in Vienna). It is particularly renowned for its perfect acoustics.

The final scenes of the film Godfather Part III were filmed here.

Inaugurated in 1763, the Teatro communale di Bologna was the first major opera house to be constructed with public funds and owned by the municipality.