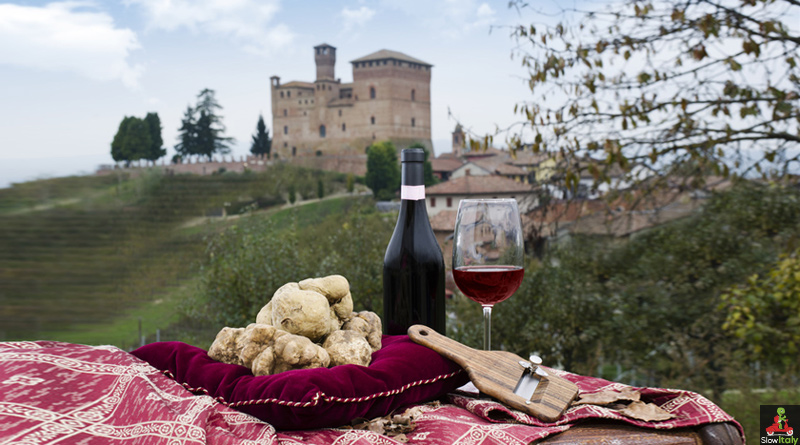 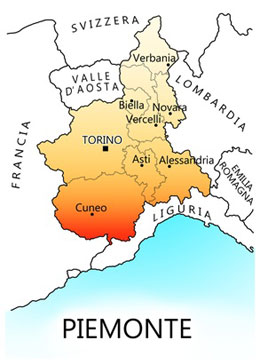 Piedmont is the second largest of Italy’s 20 regions, after Sicily.  It borders with France, Switzerland and the regions of Aosta Valley, Lombardy, Liguria and to a small extent also Emilia Romagna.

The name Piedmont stems from medieval Latin Pedemontium or Pedemontis, i. e. ad pedem montium, meaning “at the foot of the mountains”. Indeed, the region is surrounded on three sides by the Alps, including Monviso (Mont Vis), where the Po rises, and Monte Rosa.

The region has a population of about 4.4 million. The capital of Piedmont is Turin, once the first capital of the Kingdom of Italy.

The main local language is Piedmontese. Occitan and Franco-Provençal are also spoken by minorities in the Occitan Valleys and in the alpine heights of the Province of Turin respectively.

3. Planning your trip to Piedmont

Top Cities to visit in Piedmont
(in alphabetical order)

What to visit in Piedmont

The Langhe (Langa from old dialect Mons Langa et Bassa Langa), the hilly area to the south and east of the river Tanaro in the province of Cuneo, is famous for its wines (Barolo, Nebbiolo, Barbaresco and Dolcetto), cheeses, and truffles, particularly the white truffles of Alba.
Barolo: the places of origin of the grapes suitable to the making of Barolo DOCG (Protected Designation of Origin) include 11 townships: Barolo, Castiglione Falletto, Serralunga d’Alba and portions of the townships of Cherasco, Diano d’Alba, Grinzane Cavour, La Morra, Monforte d’Alba, Novello, Roddi and Verduno. The countryside as it was in the first half of the 20th century features prominently in the writings of Beppe Fenoglio and Cesare Pavese, who was born in Santo Stefano Belbo. Other great writers from the area include Davide Lajolo and Giovanni Arpino.

The Roero area is characterized by its extensive chestnut woods, terraced vineyards, peach-tree plantations and strawberry fields. The main towns are Bra and Canale. The area is also famous for its 8 castles, among which Grinzane Cavour and Monticello d’Alba. The most famous grape variety of the Roero area is the Nebbiolo, but the the area is also increasingly known for its white grape varieties Arneis and Favorita.

The Monferrato area consists of the Basso Monferrato, between Asti and Casale Monferrato which produces Barbera, Grignolino and Moscato, and the Alto Monferrato known for its white Cortese, red Dolcetto and sweet sparkling red Brachetto.

Historic Villages of Piemonte
Located throughout Piemonte’s six provinces are Candelo, an ancient village a few kilometers from Biella, Chianale and Ostana, typical of the Occitan culture, and Neive, the land of the Barbaresco wine and white truffle, all three located in the province of Cuneo. Along the road leading to the region of Liguria is Garessio, the pearl of the Maritime Alps, not far from the Italian and French Riviera and near Piemonte’s Monregalese and Langa districts.

Heading to the lake in the province of Novara, is one of the most evocative places in Piemonte: Orta San Giulio. Beloved by writers and poets, Orta is a small town characterized by very picturesque narrow streets.

Macugnaga is located in the province of Verbano Cusio Ossola. Not very different, but located in a very different part of Piemonte, in the heart of Val Chisone protected by the Albergian, Orsiera and Rocciavré mountains is the village of Usseaux. A rare example of the Medieval era in the Langa area of the province of Asti is Mombaldone, once under the dominion of the Lombards.

Piemonte’s Islands:
The Isole Borromee (Borromean Islands) are a group of three small islands and two islets in the Italian part of Lago Maggiore. They were given their names after the 14th century feudal lords that acquired the islands, and still own some of them to this day. The islands include: Isola Madre, Isola Bella, Isola dei Pescatori, Isolino di San Giovanni and the tiny rock Malghera.

The second largest lake of Italy, Lake Maggiore, shares its shoreline between the Piedmont and Lombardy regions, and Switzerland. The beautiful scenery around Lago Maggiore is dominated by the Alps and the Monte Rosa massif offering beautiful views over the lake.

At about 28km to the west of Lake Maggiore lies Lake Orta, with its mesmerizing, little island San Giulio and the lake side village of Orta San Giulio.

The glacial Lake Viverone is located in the Serra Moraine of Ivrea, in the aera between Biella, Vercelli and Ivrea. It is here that the famous white Erbaluce wine is produced.

There is also the maar lakes of Avigliana, Lago Grande and Lago Piccolo, located in the eponymous Natural Park at the foot of Monte Pirchiarano, at the entrance of the Susa valley. At the top of the Monte Pirchiarano is the Sacra di San Michele dating back to the 11th century.

National Parks
Piedmont is one of the leading regions in nature conservation in Italy. The Gran Paradiso National Park and Val Grande National Park as well as it 40 regional parks and nature reserves offer an incredible biodiversity in fauna and flora.

Thermal Baths
The region is also famous for its thermal baths and wellness centers, many of which are located in the Cuneo province. among which Bagni di Vinadio (known for the therapeutic qualities of its sulfur waters), Garessio (S. Bernardo Waters), Terme di Lurisia, and Terme di Valdieri. There are also Acqui Terme (spa treatments with muds), Agliano Terme, Bognanco (Bognanco waters) in the provinces of Alessandria, Asti and Verbano, respectively.

When to visit Piedmont

Depending on what your main focus is, you can visit Piedmont almost any time of the year. October and November are the best months if you are interested in white truffles. For the wine festival Vinum, the end of April is recommended, while the magnificent landscape is at its best in April, May and June and September.

4. What to bring from Piedmont

Red and white wines, cookies, chocolate products (the famous gianduja, the hazelnut and chocolate paste at the origin of Nutella), ceramics (from Castellamonte), silver crafts (from Alessandria)

Being the second larges province, Piedmont has a very diverse climate range. While the North has a continental climate, the South is only 30 miles from the Ligurian coast, the so-called Riviera, with weather influenced by the warm Mediterranean sea. 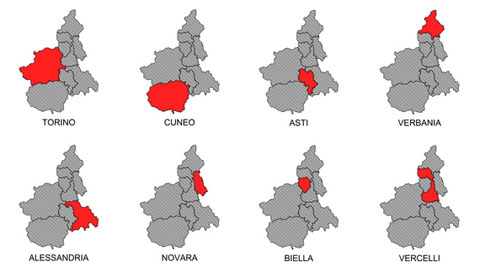 6. Festivals and Events in Piedmont

Vinum, Alba
Annual fair for wines from the Langhe, Roero and Monferrato, taking place at the end of April.

10 Reasons why Turin should be on your Italy bucket list
White truffle vade mecum: busting 10 myths about Alba truffles
Turin’s historic cafés: where insurrection rhymes with literature and chocolate
Sacra di San Michele: a Mysterious Monastery high up in the Mountains
A relaxing lakeside weekend in Orta San Giulio, Lake Orta
Superga : a basilica, a tragedy and the birth of a legend
Cookies, Candies and other confections from Piedmont
Singular, multicolored vineyard chapel in La Morra

224 thoughts on “Piedmont: Where to stay and What to do”