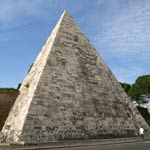 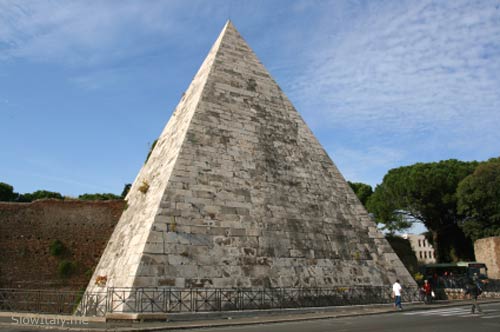 A Japanese benefactor has pledged a million euros to help restore one of the most singular monuments of the Eternal City, the 2000-year-old Cestius pyramid in theTrastevere rione of Rome.

The monument is reminiscent of the fashion for all things Egyptian that was en vogue in Rome after the conquest of Egypt in 30 BC. It is one of the city’s best-preserved ancient buildings, thanks to its incorporation into Rome’s Aurelian walls, a 19 km long line of defensive walls around the city. About 36 meters high, the most unusual tomb was built around 13 BC for Caius Cestius, a wealthy and important Roman magistrate, member of one of the Septemviri Epulonum. He did not go down in history as one of the greats of Rome, but he is famous for his tomb.

The tomb was originally built outside the city but was subsequently incorporated into the construction of the Aurelian walls, between 271 and 275, probably to reduce cost of labor and materials. There were columns on the sides and bronze statues of the deceased, which have since then disappeared.

The area around the pyramid is the only Protestant graveyard of Rome, which came into existence in the early 19C, as the burial-place of all foreign protestants, mostly artists. A large majority are English, such as the poets John Keats and Percy Shelley, and the novelist and adventurer Edward Trelawny, but many Americans, Russians and Germans are also buried here. Ironically, Keats had come to Rome hoping to recover from tuberculosis but died a few months later.

As the owner of the fashion business Yagi Tsusho Limited, Mr. Yagi has had connections with Rome for over 40 years and found in this project a way to commemorate his links with the city. His only request is that a plaque inscribed with his name be placed near the monument.

Apart from the restoration of the external marble funded by Mr. Yagi, a new entrance is also planned, which will be on via Raffaele Persichetti, instead of the current one on via del Campo Boario. The area around the pyramid will also be made traffic-free and pedestrian-friendly. The works have already started and should be completed by 2013. The new entrance should be completed earlier, allowing visitors to access the site again by this Summer. 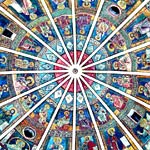 May 25, 2012 Slow Italy Comments Off on Parma Baptistery: a testimony of that unique moment in time when Romanesque became Gothic 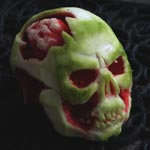