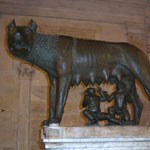 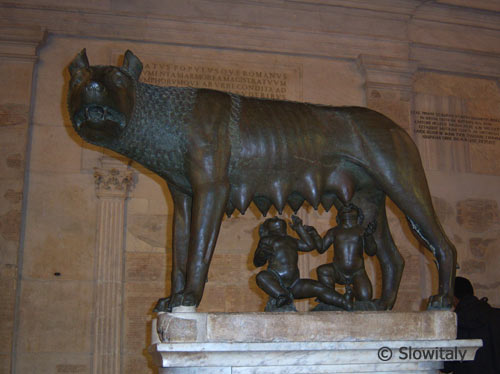 On Monday, the German weekly Der Spiegel brought an old academic discussion back into the spotlight by questioning the origin of the iconic bronze statue of Rome’s she-wolf after the alleged discovery of the sacred nursery cave of the founders of Rome.

The sculpture of the Lupa Capitolina that fed Romulus, the legendary founder of Rome, and his twin brother, Remus, has always been proudly advertised as dating back to the mythical foundation of the city in 753 BC. It was thought to be of Etruscan origin and made around 5th or 6th century B.C., when the Etruscans provided Rome with its first kings. The ancient dating was confirmed in 1916 with the discovery of another Estruscan masterpiece, the Apollo of Veio, which showed similarities in technique and expression.

Thus, the icon of the eternal city should be at least 2,500 years old, but that does not seem to be the case. According to recently published research into the statue’s bronze-casting technique, the Capitoline she-wolf was crafted in the Middle Ages, not the Antiquities. Analysis carried out during restoration of the bronze statue by Anna Maria Carruba in 1997 showed that the she-wolf was cast as a single unit, a technique typically used in the Middle Ages, which was not available to ancient Roman or Etruscan artists. However, at the presentation of the restored statue in 2000, these new findings about its origin were not revealed. The information was only released in 2006 by Adriano La Regina, former Rome’s archaeological superintendent and professor of Etruscology at Rome’s La Sapienza University, in an article in Italy’s daily La Repubblica.

While the discovery seems to contradict the long-prevailing belief that the she-wolf was adopted as an icon by the earliest Romans, not all scholars find the technical argument fully persuasive, as only little comparative evidence for large-scale bronze casting in the Etruscan world is available.

However, archaeological findings published last week again unleashed the debate among historians. A richly decorated cavern was discovered on the Palatine hill, directly under Emperor Augustus’ palace. A professor of archaeology at Rome’s La Sapienza University claimed that it was “reasonably certain” that this vault is the sanctuary referred to in ancient texts as the Lupercale, or in other words, the nursery of Romulus and Remus. The information was passed on by national Italian newspapers and some of the leading European newspapers. Nevertheless, doubts remain, as both the decoration of the place and its location do not seem to correspond to the sacred temple described in the early texts. What is sure is that the findings have revived the debate on the very origin of the sculpture representing the iconic twins and their nursing mother-wolf. 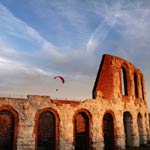 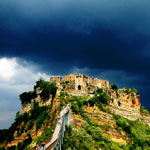