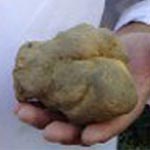 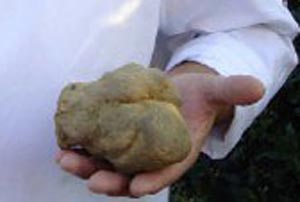 The seasonal record for the largest white truffle goes to an anonymous tartufaio (truffle hunter) who found a specimen of 512 grams in the countryside of San Miniato. The San Miniato hills, a geographical truffle-producing area that extends towards the inland countryside of Pisa, hosts a limited number of areas which offer the mysterious combination of forest fauna and geological substratum favorable to the growth of this underground fungus. These areas are very rare, which explains the price of this type of truffle. For truffles of this size and quality the price can go up to 2500-3000 euro per kg. Several Italian regions produce white truffles, but they are not all of the same quality and, therefore, can show great variations in price. See: White truffle. Because they are very specific to damp, well-aerated soils, white truffles do not grow in France where the soil is heavier.

Truffle hunters usually work at night, or in the very early morning, walking through the woods and using trained dogs to discover these scented culinary delights. It is said that the scent of the truffle is stronger at night due to low temperatures, and is therefore easier for the truffle dogs to find, but the more plausible reason is that the tartufai prefer to avoid being followed to the best sites and keep their truffle finds and locations secret.

The current record might not be the last one for this season as the National White Truffle Market Fair of San Miniato will be held in the following days and weeks, more precisely November 12th-13th, 19th-20th and 26th-27th and many new truffle finds may come to light.  Moreover, as truffles grow a few centimeters deep, the rainy weather of the last days may disclose some more treasures.

Last year’s title of ‘Mister tartufo 2010’ was awarded to the truffle hunter Moreno Vincenti for the truffle weight record of 729 grams, but it was not a stand-alone case as other truffles of 600 and 700 grams were found throughout the season. However, the all-time world record remains with Arturo Gallerini who found a truffle of 2,520 grams in San Miniato in 1954. 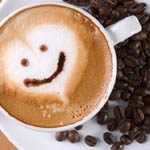 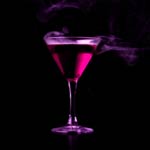 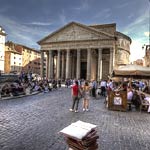