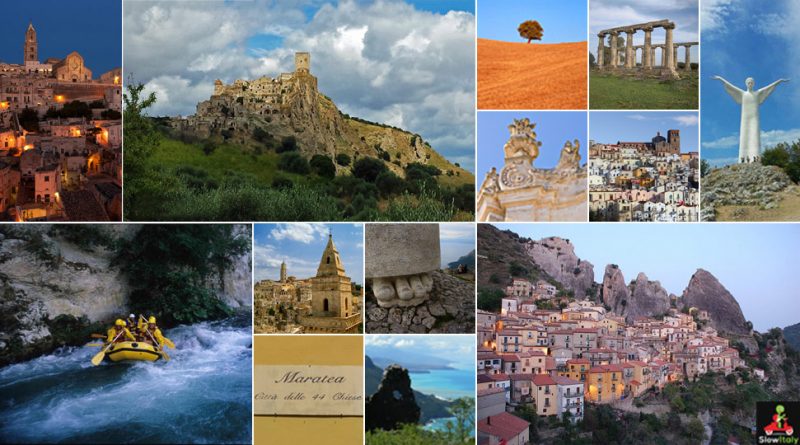 The region counts to provinces: Potenza and Matera

2. Planning your trip to Basilicata

Top Cities to visit in Basilicata
(in alphabetical order)

Potenza: the regional capital
Matera and its “Sassi”, a unique urban area, continuously inhabited since the Paleolithic era, that has been declared a UNESCO World Heritage Site.

Maratea: the only town of Basilicata alongside the Tyrrhenean Sea. The twon consists of two parts: Marina di Maratea, also known as the “Pearl of the Tyrrhenean” and Maratea Centro Storico, “the town of the 44 churches“.

Other Destinations in Basilicata

When to visit Basilicata

Basilicata has a variable climate influenced by three coastlines (Adriatic, Ionian and Tyrrhenian) and the complexity of the region’s physical features. The climate is continental in the mountains and Mediterranean along the coasts.

Basilicata can be visited anytime from early Spring to mid-October without losing any of the region’s authenticity and silence, as tourists are still relatively rare, even in the high season. If you visit the region in July, don’t miss the Festa della Madonna Bruna in Matera on July 2nd.

If you’re planning a trip in Autumn, you could organize your vacation to coincide with some local food festivals, when the charming little towns are adorned with street stalls selling delicious local dishes and produce.

The Lucanian cuisine, as Basilicata’s cuisine is also known, is very rich, original and varied. The originality of the Lucanian cuisine is to blend and sublimate the simplest ingredients (legumes, cereals, vegetables) with seasonigs and aromatic herbs in such a way as to enhance the flavor of even the poorest dishes. Vegetables are often served as a first course, either alone or accompanied by legumes or pasta: field chicory in broth, fava beans and chicory, almond skins with turnip tops.

Another component of the Lucanian cuisine is the lampascioni, a variety of wild onion with a very a distinctive flavor. They are served alone or in combination with other dishes.