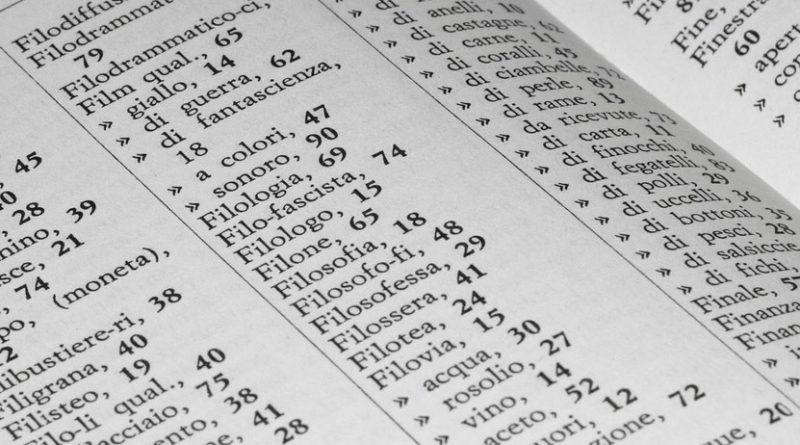 Magic and superstition have been a constant theme in Neapolitan culture. One of the prime expressions of this tradition is the smorfia. The Smorfia is a system used to convert dreams and everyday life events into numbers. The numbers are then used to play at the lottery.

The dreams and events, whether fortunate or unfortunate, are interpreted as well-identified signs, which have been classified in the traditional book of the Smorfia and given an number between 1 and 90. There have been several editions of the book, which often contained illustrations because centuries ago many people were illiterate. The content of the book was passed on as part of the oral tradition and most Neapolitans knew it by heart (and many still do).

According to the Smorfia each element of a dream or event can be translated into a number. However, the more unusual the event, the more this is seen as a presage. For example, if someone fell through a window or was hurt by a knife, the numbers 56 (fall) or 41 (knife) will be noted. As will probably be the word blood (18). The age of the person and/or the day on which it happened is usually added to form a terno. The circumstances or any little sign or detail associated with that specific event is also taken into account, for example a barking dog or crying baby.  As a result, in Naples lotto numbers are not chosen at random, but based on this very minute interpretation of dreams, events and associated signs.

What makes things a little more complicated is that there is no 1:1 overlap between the symbols and the numbers. Dreaming of a snake, for example, can lead to at least five different numbers depending on where the snake is found or how it behaves, whether one is bitten by it or not, etc. The same goes for recurrent symbols that often occur in dreams such as the fact of falling, teeth, mice or blood. Everything depends on the context, what the symbols are supposed to represent. The interpretation is often metaphorical or metonymical, such as the legs of a women, representing the devil or a hand that may refer to any part of the body. Numerous books exist to assist people in these interpretations.

Although present throughout Italy in different versions, the smorfia is really typically Neapolitan. Even though the name literally means “making facing” it actually derives from Morpheus, the god of dreams in Greek mythology.

The origin of the smorfia remains uncertain, even if the most plausible hypothesis traces it back to the Jewish cabal, also called qabbaláh, kabbalah or cabbala, a term also used to refer to the smorfia. Both use an association of numbers and terms to which a specific meaning has been assigned.

Note that in the 1700s King Carlo III di Borbone outlawed the lottery during Christmas time, which led to the development of a home version, the tombola, played at home by Neapolitan and Southern Italian families.

A few examples of symbols (with the Neapolitan word) and their corresponding number and a few possible interpretations:

Blood (‘A passion) 18, in the sense of a bodily fluid in the arteries, but the number may vary according to the context, clotted blood, for example will be 71, animal blood 32, etc.

Knife (‘O curtiello) 41, in the sense of a knife used for fighting, not a table knife which is 67 or a kitchen knife which is 82 or a knife that doesn’t cut (standing for a weak character) 81

Church (‘A chiesa) 84, the building not the institution